Availability: Usually ships in 1-2 business days Ships from and sold by Kitty Tube LLC
Product Description
New and Improved for 2016-The Kitty Tube Gen. 3 - Fully insulated outdoor cat house with custom pet pillow. Improvements include: A redesigned gasketed awning over the main door opening with an improved clear removable flap door. We also designed a vent cap on the lid to remove moisture laden air that causes condensation. -A Scratch GuardTM and moisture resistant interior surface that won't harbor mold, mildew, bacteria, or cat spray/urine. -A vapor barrier interior to reduce condensation. -Awnings over the top handle/ventilation holes so they can be left open in the rain/snow. -A slightly elevated bottom with a drainage. -Easy to remove insulation that will lay flat for easier cleaning.
The Kitty Tube has a removable top lid, is seamless in construction, and is very environmentally friendly due to the post consumer recycled content. The one piece construction provides a smooth interior which is easily cleaned with a simple spray of the garden hose. The dome lid keeps your pet dry in even the heaviest of rains, and with the included machine washable custom pet pillow, the Kitty Tube will provide your pet a safe, secure, and dry home. The geometric shape resists wind, and is naturally preferred by cats. The high quality, fully insulated Kitty Tube is strongly recommended for all outdoor cats.
The Kitty Tube provides a safe, economical, and maintenance free shelter for your pet. Designed for outdoor use, The Kitty Tube is fully insulated to be cool in the summer and ultra warm in the winter.
The unique door design provides easy passage for your cat, but will not allow a predator like dogs or coyotes to get to your cat. The Kitty Tube also creates a safe and secure haven for your cat to give birth.
The Kitty Tube is extremely durable and is guaranteed for life to never chip, crack or fade. The Kitty Tube is an environmentally responsible product and proudly made in the USA. See website for instructional videos to install Kitty Tube accessories.
Product Details
Product Features
Customer Reviews

The Cadillac of Cat Beds!
By KDS
My Mom has been feeding a stray cat ("Ms. Kitty") in her neighborhood for the past 6 months. The local animal shelter hasn't been keen on picking the cat up, and my Mom does not "want" a pet... but as winter approached my Mom became increasingly stressed about how to keep Ms. Kitty warm & protected from the elements. She fashioned various boxes with various types of padding and insulation - including a cardboard box wrapped in a duct-taped shower curtain for waterproofing!

As Mom's November birthday approached, I decided that Ms. Kitty had been around long enough to merit a fiscal investment, despite her 'stray' status. I started looking into the insulated(?) Igloo dog & cat houses, but happened across the Kitty Tube during my search. Ultimately I liked the Kitty Tube better because: it seemed better insulated, I thought it looked more aesthetically appealing, the entrance was smaller (the better to keep out the elements and larger animals), the lid can be removed for cleaning and easy interior access, plus it came with a bed. Add the facts that it is MADE IN THE USA!, has a lifetime guarantee, and it is made of recyclable materials - win, win, win!

My only problem - I had dilly-dallied until the last minute, so chances were that the Kitty Tube would not arrive in time for Mom's birthday, which was only a day away! Amazon only gave me one shipment option, so I went ahead and placed the order and expected a late arrival. But I noticed on the Kitty Tube business page that faster shipping was available to customers in certain states - including Illinois, where my Mom lives. I sent Kitty Tube an email asking about this delivery option (even though my order had already been placed). I went to bed in the wee hours of Thursday morning. By the time I woke up - Jim from Kitty Tube had already responded to my email, changed the shipper for Mom's Kitty Tube, and refunded me $18 to reflect the difference between the shipping fees. To top it off, he wished my mom a Happy Birthday. How's that for customer service?!

The next day, Friday, was Mom's birthday - and what should appear but her new Kitty Tube! She had no idea what it was initially. A visiting uncle helped her open the box and figure out what was inside. When she realized it was a weatherproof cat house for Ms. Kitty, she burst into tears from sheer relief. She hadn't even realized how stressed she had been about keeping the cat warm and safe outside through the winter. My uncle dispatched Ms.Kitty's shower-curtained cardboard box to the garage and set the Kitty Tube up in it's place on my mother's covered back patio. Mom initially put Ms. Kitty in while the lid was off, and Ms. Kitty shot straight back outside through the doorway. Then Mom put Ms. Kitty's favorite fleece blanket on top of the Kitty Tube's cat bed and put her in again. Ms. Kitty still didn't hang around, but she was starting to get the idea. By that evening, she was entering the Kitty Tube on her own, kneading her fleece blankie, and settling in to nap. Mom went out again after dark to check and see if Ms. Kitty was inside the Kitty Tube. She said "Are you in there, Ms. Kitty?" Ms. Kitty responded with an affirmative MEOW from inside her new house, and stayed put in her bed! My Mom is THRILLED. Therefore, so am I!
Just an FYI - the only thing that was not anticipated (by me) is that my Mom's Kitty Tube is black. In the Amazon photos it looks more silvery-gray. But Mom & Ms. Kitty certainly aren't complaining!

I live 2,000 miles from Mom, and I called her later that night to see how her birthday had gone. I think we were on the phone for about 2 hours, and all she could talk about was the Kitty Tube. She said she kept going outside to admire it like it was a new car, and she proclaimed more than once that it was the "Cadillac of cat houses"! So there you have it - Mom & Ms. Kitty have spoken!

How to Use with Feral Cats
By Viki Annand
I bought this for my feral cats (a mother and two grown kittens). I've had it for a year, but they wouldn't go in it. So, last year when the temperature dropped to freezing, I brought it onto my porch, took the top off, turned it on it's side, and extended it with a dog blanket. I block the door with cardboard and prop a chair against it to keep it from rolling. On cold nights, all three of my feral cats make use of this "nest." It was only in the 40's last night, but all three were there when I went to bed.

Kitty Maternity Ward
By Kiminomaha
The Kitty Tube arrived just a day before our momma cat went into labor. She immediately took to the Kitty Tube and it is now home to her and her four kittens. I love being able to look into their home to see the new ones without reaching my arm in and disturbing everyone. It snowed May 1, just a day after the new kittens were born and everyone is staying warm and dry. So glad I found this new home for my cats and we were able to watch the birth of the new kittens without disturbing momma. 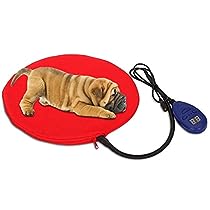